Vision
Physical Education is taught across the school by our very own specialist Sports Coach. Children are able to increase their knowledge regarding the rules of sports and understand the importance of team work and how fitness affects the body. We place a huge importance on children finding enjoyment in sports and that everyone displays high levels of sportsmanship when faced with challenges.

Each week, children across the school are taught two hours of physical education by our in house specialist sports coach. Across they year, children learn a variety of skills and the rules of sporting games such as net games i.e basketball, netball and football alongside dance and gymnastics. In the summer term, children focus on fitness and athletics as well as games such as rounders and cricket.

Each year group has a different key skill focus which allows pupils to build on and develop their sporting skills year on year as they progress through the school.

Children also have the opportunity to learn how to swim with access to the London Aquatics Centre in the Queen Elizabeth Olympic Park.

Each year, our Year 6 pupils take part in a two week block of swimming lessons at the Olympic Pool in the Queen Elizabeth Olympic Park.

These lessons take place in the summer term, after the children have completed their SATs tests.

The information below is based on the outcomes of the 2020-2021 cohorts results: 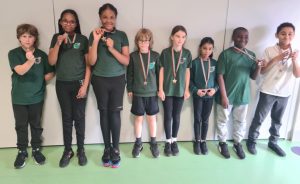 Congratulations to our pupils who attended the “Berger 5’s” dodgeball competition on Friday. The children put on a fantastic performance which landed us in third place. Both Amelle and Sean received individual awards for excellence. Well done to all pupils who attended: Amelle our captain, Gabrielle, Khalid, Isaac, Suki, Surayah, Sean and Rufus .

On Thursday 25th November, the 8 Primary Advantage schools came together to compete in a Netball competition.

The SJSJ Netball team went along to the games with Mr Charles and played incredibly well. By the end of the rounds, SJSJ finished up in 3rd place! 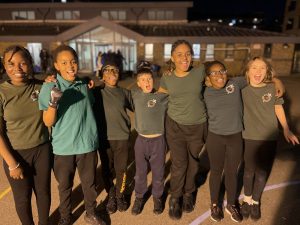 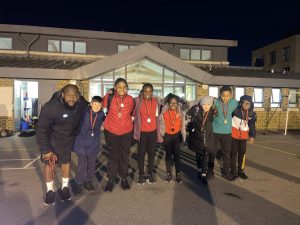 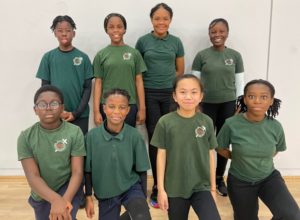 This term, our netball team have been competing at the Young Hackney netball competition.
All pupils have demonstrated a high level of focus throughout and supported each other in the understanding of rules in a sport that was new to them.
Mr Charles was incredibly proud when the team, led by their captain Zi Qi, have made it through to the  finals in December. 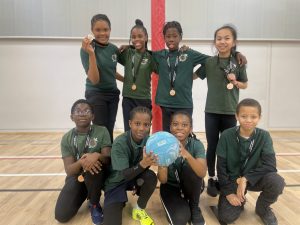 Congratulations to our netball team who placed 3rd in the Young Hackney netball finals that took place this week.  All members of the team showed great sportsmanship and resilience throughout the competition and we are all incredibly proud of all of them. Well done team!

Two children from Year 1 and six children from Year 2 were selected to represent SJSJ in the Young Hackney multi-skills festival. The children took part in six fun different activities during the day, testing their agility, reactions and striking skills amongst others. Mr Charles was incredibly proud of our team for the way they represented the school in their first ever sports outing!