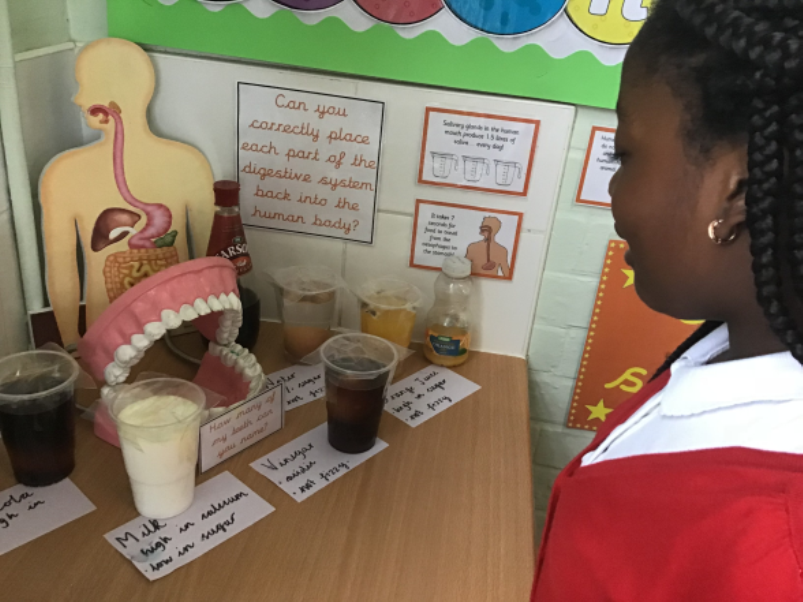 This half term in science, Year 4 have been learning about the human digestive system, including the teeth and exploring their individual functions. The class set up an experiment to find out what affect different liquids would have on the protective layer of enamel that cares for our teeth. To replicate a  human tooth, they placed boiled eggs in 5 different liquids that vary nutritionally (water, milk, vinegar, orange juice and Coca Cola).  Most children thought that the Coca-Cola would have the worst impact as it is very high in sugar; others thought that vinegar may also have quite a negative impact due to its high acidity. Children have been observing the experiment daily and making notes about what they can see:

– Samuel noticed that a layer of mould has started to form on top off he orange juice.

– Jedaiah could see a lot of cracks in the shell of the egg in vinegar.

– Dexter thinks his prediction will be correct because the egg in the water is still in the best condition after a few days. 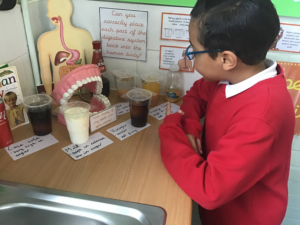 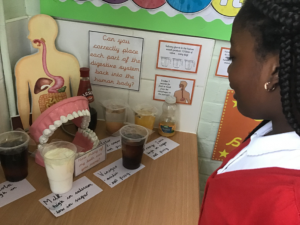