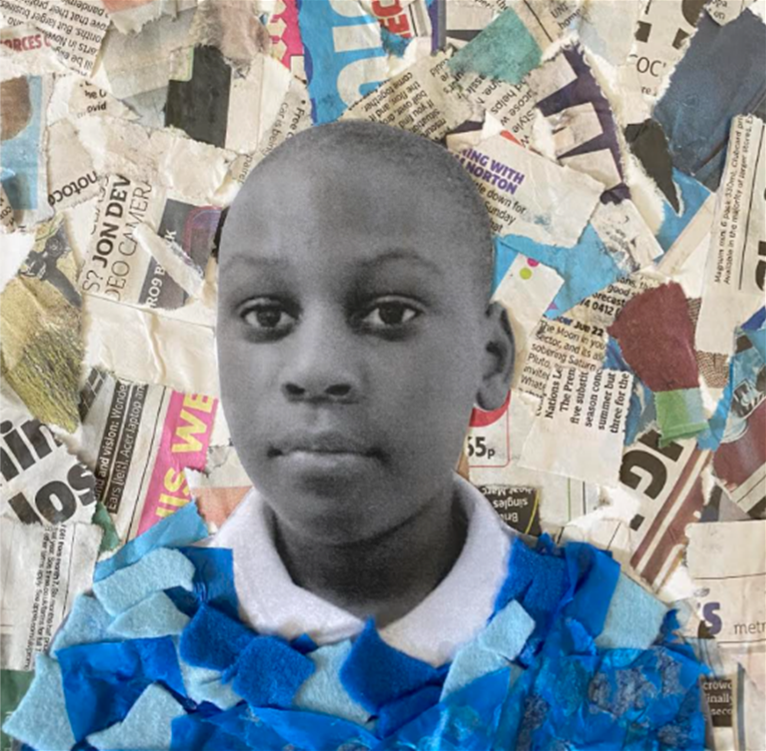 Look at Year3’s portraits inspired by the British artist, Lynette Yiadom-Boakye. The class chose to use only one strong colour as they noticed that in her portraits. 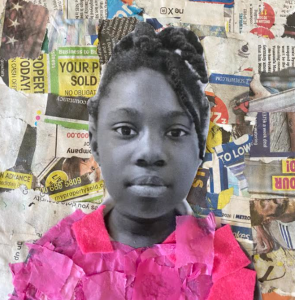 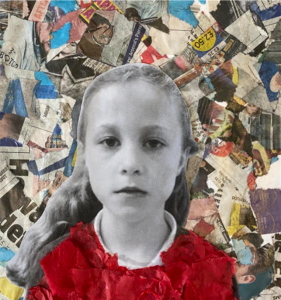 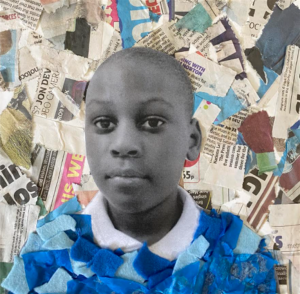 Year 4 they have been looking at the British artist Lubaina Hibid. Lubaina uses bright colours to represent friendship and strength within her artwork. Using a range of   collage techniques, the class have produced some amazing artwork based around the friendships they have formed in school. The pictures shone with positivity and the children have been so excited collaging them. We hope you enjoy their final pieces. 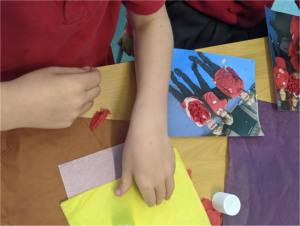 Year 5 have loved doing their collage art work! They used a range of different techniques and used    images to reflect their own identities, for example: flags from different countries, religious symbols and languages! 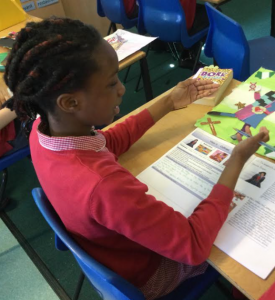 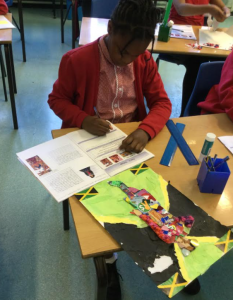 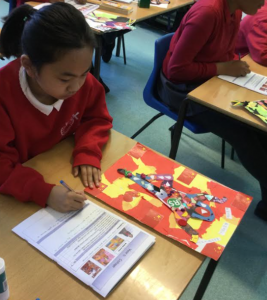 In Year 6, the class have been writing about fictitious polar kingdoms and the people who live there. They thought about how to describe the hero’s and villains of their kingdom and how to create a dichotomy between the two. Sing inspiration from their two magnificent class texts ’Skysong’ and ’The Last Bear’, Yemi has written an excellent description of the Ice Queen, who is the villain in his story. He has used a range of powerful verbs and figurative language to create a vivid image of what the villain is like in his reader’s mind.

“The Ice Queen who was filled with rage and fury, cackled callously at the people, while contemplating her next move. She was a fierce, tyrannical monster, who never smiled, as she marched through the land, her evil eyes glowing at the first sight of darkness. Some people would scarper in the opposite direction at the very sight of her, others stood paralysed with fear”.